The PATH project ended after more than one year of work for peace.

PATH – Peace Activism through Lessons from History of Forced Migration – was an international remembrance project of SCI, financially supported from the Europe for Citizens Program of the European Union, organized from 2016-2018. During the PATH project, 7 different activities in Europe were organized where participants followed the traces of past stories of forced migration and connected them with the current refugee influx and its impact on Europe. The historical context of the project allowed 227 Europeans to enlarge their perspective to the current refugee situation in Europe and encouraged them to act as multipliers in promoting a solidary way of acting during the current refugee flow. More than 70 visitors joined various discussions, workshops and screenings during the project's final event in January 2018, where the final outcomes of the project were presented: SCI’s documentary PATH stories behind borders an art exhibition that traversed the parallel between the history of forced migration in various conflicts of our past and present.

Below you can read about the 7 key activities that were implemented in the frame of the PATH project. For detailed statistics about participation, please check this official information template. 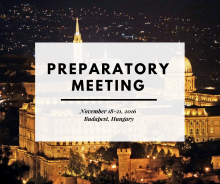 The meeting of the steering team of the project was organized with the support of Building Bridges and No More War working groups of SCI. The meeting started with an introduction about “Memoric: Memories beyond Rhetoric” - presenting the outcomes, best practices and challenges the team faced. Partners shared their expectations and experiences, and worked on project planning, budgeting, task division and outputs. A visit to “Open Doors”, a project of Utilapu, the Hungarian SCI partner, with young refugees and asylum seekers was organized. 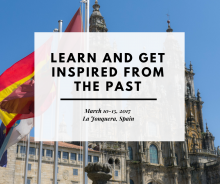 Participants sent by project partners explored the history of the Spanish civil war and focused on the topic of forced migration. They followed the refugee route and got introduced with great historical spots: Elna Maternity Hospital, the venue of the concentration camp Argeles, Exile Memorial Museum etc. During the project local witnesses, experts and activists were involved. Participants were encouraged to create a short video which will contribute to the final video of the project. 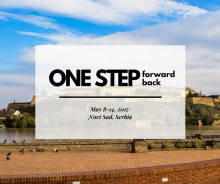 Participants explored the history of the wars in ex-Yugoslavia while drawing parallels between the situation in the region then and the current situation where the Balkan Peninsula is still being affected by forced migration, namely being one of the main routes people are taking fleeing their homes in search of a safer tomorrow. The seminar envisaged working with local witnesses, experts and associations from Novi Sad (NSHC, CK13) and grassroots activists and organizations in Subotica, the northernmost city in Serbia, on the border with Hungary. We tackled the topic of the causes and consequences of the conflicts in the Balkans, people’s reactions in form of peace movements (Women in Black, SCI), reaching the present day, discussing the Europe’s respond to the current humanitarian crisis and exploring concrete examples in Serbia. 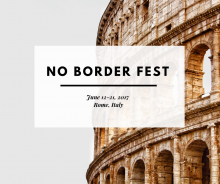 The study camp was initially planned to be organized in Foggia in cooperation with Radio Ghetto Voci Libere, a community radio aimed at giving voice to people who do not have it like immigrants working in the countryside in south of Italy, and Laboratorio 53. Unfortunately the camp was definitely evicted in March 2017.
The alternative study camp was organised together with the No Border Fest in Rome. This is a festival SCI Italy organizes since 2009, actively involving refugees and asylum seekers. Partnership will be the same with Radio Ghetto Voci Libere and Laboratorio 53 among the others. The participants sent by project partners organized a visibility event in order to stimulate debate on forced migration then and now, labour exploitation and try to bring out its contradictions. 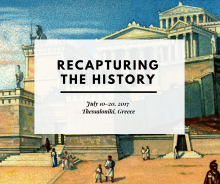 The study camp, taking place in Thessaloniki with its rich history of hosting refugees, involved local and international activists and historians. During the camp participants sent by project partners collected stories of refugees and war victims starting with the first wave of refugees who arrived in Greece in 1922, continuing with victims of the WWII and finally - the asylum seekers who reach Greece nowadays. Participants were encouraged to create a small video to be used in the final video creation. 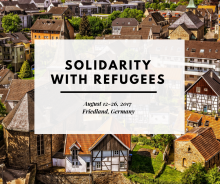 Friedland became the biggest camp for German refugees after WWII, and founding place of the German SCI branch. The study camp group worked in a community garden with refugees and locals, received study parts on the history of forced migration by the Museum Friedland and performed creative workshops with the migrant theatre Boat People Project. Then, the group created an exhibition of the museum about the history of civic engagement and the different groups of refugees in the camp along the theme of borders. They unite and divide groups and individuals. Our mission was to outline the political, social and psychological borders set between refugees and Germans, and to deconstruct them. 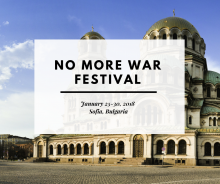 The final event was organized by CVS Bulgaria in cooperation with many local stakeholders and turned into a dynamic 3 days long No More War Festival focusing on peace in its micro and macro dimensions. Our intention was to discuss conflicts and forced migration, radicalization prevention, non-violence and peaceful protests with public and to look together beyond the traditional discourse. More than 70 visitors joined various discussions, workshops and screenings that took place during this festival, among others the premiere of SCI’s documentary PATH stories behind borders that was created during the PATH project. Additionally, the visitors could follow the steps of an art installation that traversed the parallel between the history of forced migration in various conflicts of our past and present.